By No comments yet Dallas Texas, Locksmith In Dallas

Most Famous Worldwide Attempts on Breaking into a Safe

Safe to secure our valuables is a must now days. Robbery is one thing that every one of us dreads to become a victim of, and is one thing that has been a regular part of our society since ages. While most robberies you come to hear or read about in your nearby regions seem typical with limited loots, there have been several attempts of thefts and robberies that have involved loot of a fairly significant amount and methods that sound straight out of a movie.

Read about some of the most famous worldwide attempts on breaking into a safe, compiled 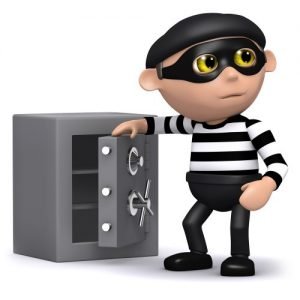 by Dallas locksmiths, to ascertain how important the security aspect is for your home and commercial premise:

A highly famous robbery, which you would find on almost all top robberies list. In 2003, this diamond-exchange capital of the world, located in Brazil, became the site of $100 million loot. The underground vault in the Antwerp Diamond Center had 160 safes, all protected by eight layers of security, infrared heat detectors and locks with over 100 million possible combinations.

Group of thieves, going by the term ‘The School of Turin”, looted 123 safes from the vault but without setting off alarms or leaving any other obvious signs of entry. Only the suspected ring leader Leonardo Notarbartolo was arrested but no other gang member. And the diamonds have never been found till date.

Led by a 76 year old mastermind, Brian Reader, seven old men used the elevator shaft to break into the underground strong room to get close to Hatton Garden security deposit vault in this foolhardy heist. They drilled through half a meter of concrete to get access to the vault and stole about £200 million. They were all caught and imprisoned, but the authorities were not able to recover the loot at all.

Awarded the “Greatest robbery of a bank” by the Guinness Book of World Records, this story of 2005 does stun everyone. Putting an office some blocks away from the Banco Central, the group of robbers spent three months digging a tunnel directly from their office up to below the bank 13 feet below the street level which was 256 feet long.

Taking help from an inside man, they disabled all the sensors inside over a course of weekend. Then, they broke through steel reinforced concrete of about 4 feet, entered the vault and made away with five containers which had around $70 million cash (in Brazilian currency). Bank employees came to know about the heist only on Monday morning. A few mistakes on the part of the robbers did led police to nab around 26 people, but some escaped and only $8 million of total loot was recovered.

Led by Yasser Arafat, the leader of the terrorist group PLO, this heist in 1976 was carried out to arrange funds to support the group’s terrorist activities. The group attempted a dare act, blasting the bank’s wall, and with support from Corsican locksmiths they were able to open the vault and made away with over £25 million worth of gold, jewels, stocks and currency which was looted over a period of two days. And to add to the misery, some of the stocks were sold to their owners later.

This heist took place way back in 1972, and the center of it was a branch of the United California Bank in Laguna Niguel. The robbery was carried by a group of 7 men from Ohio, which was led by Amil Dinsio. They broke into the bank branch and looted the safe vault with over $100 million, though the value is only estimated due to lack of undeclared contents at that time. They thieves were later arrested by FBI.

Sound stunning and unbelievable? These are few of the most famous break-into attempts across the world and there are many more like these, but that is for discussing another day. If you do not want to become a victim of a robbery or break-in attempt, you must take full care and security step at your end in consultation with professional Dallas locksmiths.